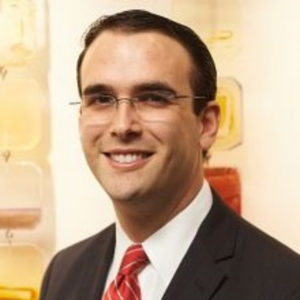 *Note: This is a free informational resource about expungement law in Tennessee.  If you are seeking to hire an attorney to expunge your record for you, please click here instead.*

Expungement is a legal process that results in a person’s public criminal records being “removed and destroyed.”[1]  This means that the record of an expunged arrest or conviction will not show up on a public background check.  The person’s criminal record also will no longer be listed on the Criminal Court Clerk’s website.

2.  What is the benefit of getting my criminal record expunged?

People who have a criminal record frequently face barriers when they apply for a job, housing, school, or to obtain a professional license.[2]  Thus, having a charge expunged helps prevent legal discrimination against people who have criminal history.  For example, if a question on a job application asks if you have ever been arrested, and you got your only arrest record expunged, then you may legally answer “no.”

Additionally, even if you can only get some – but not all – of your criminal records expunged, the expungement process can still be helpful to you.  As Project Return’s Bettie Kirkland has explained: “Every properly expungeable charge that can be taken off of a person’s record, the better off that person is as he or she strives to begin again.”

3.  I was arrested, but my case was completely dismissed. Do I have a criminal record?

Yes, you do.  If you were arrested, then a record of that arrest exists, and it will remain publicly available unless and until you get it expunged.  You can check online to see if your dismissed charges are still publicly accessible on the Criminal Court Clerk’s website.

4.  But I thought that dismissed charges were expunged automatically. Why does mine appear?

You are not alone.  Many people in Tennessee incorrectly assume that dismissed charges are automatically expunged, even though they are not.  For example, between 2000 and 2012, in a single court in Davidson County alone, approximately 128,000 people failed to take advantage of the free expungement process for dismissed or non-prosecuted offenses—leaving a total of 350,000 separate charges that could have been expunged publicly available.   Lots of folks are trying to fix this problem, and many people in the community support a solution to it.

5.  I want to get my record expunged. Am I eligible to do so?

If your charge was dismissed, if you were arrested and released without being charged, if a no true bill was returned by a grand jury, if a judgment of nolle prosequi was entered in your case, if you were found not guilty by a judge or a jury, or if your conviction was reversed on appeal, then you are eligible to have your record expunged free of charge.[3]

If you were convicted of a felony and you were sentenced to less than three years in prison, then you may be eligible for expungement if your charge appears on this list.

If you were convicted of a misdemeanor, then you may be eligible for expungement if your charge does not appear on this list.

Please note that if you are trying to expunge a felony or misdemeanor conviction, then you are only eligible to have your charge expunged if you satisfy every condition on this Expungement Checklist.  That means that you generally (some exceptions apply) cannot have more than two convictions,* cannot have any other convictions, at least five years must have gone by since you completed your sentence, and you must have fulfilled all the requirements of your sentence, including payment of fines and court costs.  You will also be charged a $100 fee to expunge a conviction.

*Update: Based on a new law enacted on May 5, 2017, some people with exactly two eligible convictions can now get both charges expunged.  Please click here for details.

To expunge a dismissed charge or any charge that did not result in a conviction:  If you were not convicted of the charge that you are trying to expunge, then you should fill out this form.

To expunge a misdemeanor or felony conviction:  If you were convicted of the charge that you are trying to expunge, then you should fill out this form.

7.  What happens after my record has been expunged?

Although there are definitely some shortcomings in the expungement process, “[t]he effect of expunging the records of a criminal charge is to restore the person to the position he or she occupied prior to the arrest or charge.”[6]  This means that from a legal standpoint, the expunged offense “never occurred.”[7]  Thus, anyone who has a record expunged “may properly decline to reveal or acknowledge the existence of the charge.”[8]

8.  Is there any reason why I wouldn’t want to get my record expunged?

In limited circumstances, yes.  If you are not a U.S. citizen, for example, then you should consult an immigration attorney prior to getting any record expunged, because you may require the records in immigration proceedings.

9.  Are only criminal records eligible for expungement?

No, expungement is not restricted to criminal records.

If you successfully defended against an order of protection that was brought against you, then you can have all public records concerning the order expunged free of charge.[9]

10.  I want an attorney to assess my expungement eligibility/expunge my record for me.  Can I hire you?

Yes.  If you would like to hire an attorney to handle your expungement, I (Daniel A. Horwitz) offer expungement services in Nashville for a small fee.  Please click here to purchase an expungement evaluation and review a list of services offered.

[6] Pizzillo v. Pizzillo, 884 S.W.2d 749, 754 (Tenn. Ct. App. 1994).  See also Tenn. Code Ann. § 40-32-101(g)(15)(B) (“an expunction has the legal effect of restoring the petitioner, in the contemplation of the law, to the same status occupied before the arrest, indictment, information, trial and conviction. Once the expunction order is granted and the petitioner pays the fee required by this subsection (g) or subsection (h), no direct or indirect collateral consequences that are generally or specifically attendant to the petitioner’s conviction by any law shall be imposed or continued.”).

[7] Tenn. Code Ann. § 40-32-101(g)(15)(D) (“Expunction under this subsection (g) or subsection (h) means, in contemplation of law, the conviction for the expunged offense never occurred and the person shall not suffer any adverse affects [sic] or direct disabilities by virtue of the criminal offense that was expunged.”).

[9] Tenn. Code Ann. § 40-32-101(a)(5) (“All public records concerning an order of protection authorized by title 36, chapter 3, part 6, which was successfully defended and denied by the court following a hearing conducted pursuant to § 36-3-605, shall, upon petition by that person to the court denying the order, be removed and destroyed without cost to the person.”).

[10] Tenn. Code Ann. § 36-4-127 (“Parties to any divorce proceeding, who have reconciled and dismissed their cause of action, may thereafter file an agreed sworn petition signed by both parties and notarized, requesting expunction of their divorce records. Upon the filing of such petition, the judge shall issue an order directing the clerk to expunge all records pertaining to such divorce proceedings, once all court costs have been paid. The clerk shall receive a fee of fifty dollars ($50.00) for performing such clerk’s duties under this section.”).

Ready to clear your record? Get started on your expungement evaluation.